Haven’t you ever wished you had a stuffed animal that you could talk to … USING SEMAPHORE!?!?

Before you ask, this is semaphore, and yes I’m telling you now that a stuffed animal communicating in semaphore is a thing that you want (obviously!): 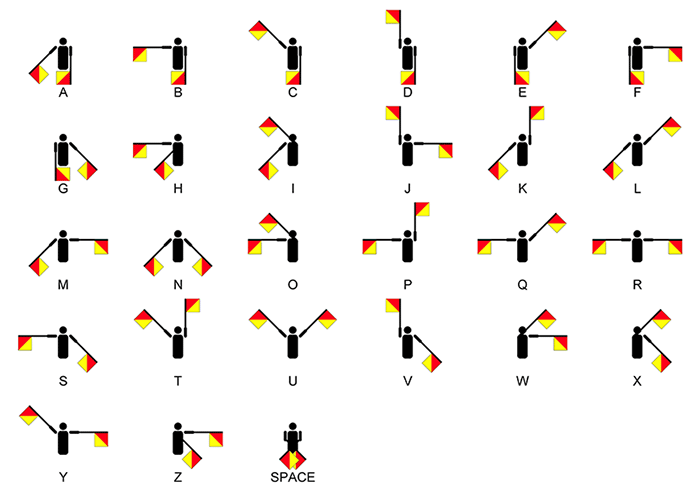 Yeah, you’ve seen it before. Now you know what I’m talking about.

And here is the stuffed animal that you now want:

Created using an Arduino (because it’s an amazing, open-source platform). Arduino software is written in C using the Arduino IDE.
In order to communicate and send a message to the wolf, server-side software is required. For that, I created an application in Java using Processing (see below) which allows me to manually control the wolf’s arm positions, send any arbitrary text that I desire and oh yeah, CONNECT TO TWITTER and send the text to the wolf VIA BLUETOOTH!

Yessir, Twitter (using Twitter4j). Any time somebody makes a Tweet containing the words “Semaphore” or “Wolf”, this guy will read it out.
I actually had to remove the word “Wolf” as a keyword, because this guy wouldn’t STFU.